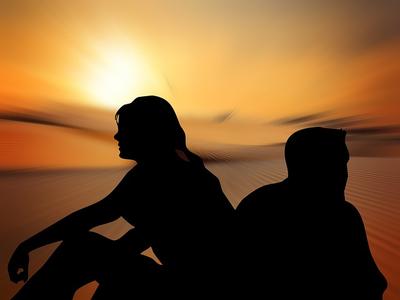 Families come to Hood & Bolen at pivotal moments in their lives. They may be hurting, distraught, anxious or angry. Whether they’re separating, remarrying, welcoming a new life, or seeking counsel in other family matters, it’s critical to have an advocate who understands the intricacies of the law and knows how to communicate their interests.

Divorce
Divorce is the legal process of dissolving a marriage between two people. A divorce can encompass many of the practice areas involved in family law- including asset and debt division, child custody, parenting time, and spousal and child support. For that reason, it’s imperative that a divorce be handled professionally. We understand that meeting with a divorce attorney for the first time can be an overwhelming first step but we’re here to walk you through the process – and we take that job very seriously.

Paternity
Unmarried parents of a child or children have the same rights and responsibilities as married parents. Legal paternity can be established by the agreement of the biological parents when a child is born, or at any time after the birth. If there is a dispute concerning who is the father of a child, parentage can be established by DNA testing. Either parent can file motions with the court to seek resolution if there is a disagreement about custody of the child, the parenting schedule, child support or other child-related issues.

Child Support
If you have a child with someone you are no longer in a relationship with, there may be custody, parenting time, and child support issues. Child support is ordered in divorces with children but also in cases where the parties were never married if they are no longer residing together. The non-custodial parent is usually required to pay child support as part of a child custody agreement, and is generally required to make payments on a monthly or yearly basis until the child is 21 years old.

Child Custody & Visitation
Custody plans that are in your children’s best interest are the determining factor in Mississippi’s family court system. In general, custody agreements deal with the physical and legal custody of the child. Naturally, it is best for all if child custody disputes can be settled quickly. It is crucial that you have guidance early in this process. Hood & Bolen has a proven record of securing the rights of both mothers and fathers in custody matters.

Personal Jurisdiction
The court must have jurisdiction over the spouses. This is achieved by filing a joint complaint or where the defendant has been personally served or has entered an appearance with a written waiver.

Consent
The husband and wife must consent to a divorce voluntarily.

All Matters Must be Resolved
Custody, child support, property rights, or other matters pertaining to the spouses must be agreed upon.

Timing
A complaint for irreconcilable differences requires a waiting period of sixty days before a divorce will be granted by the court.